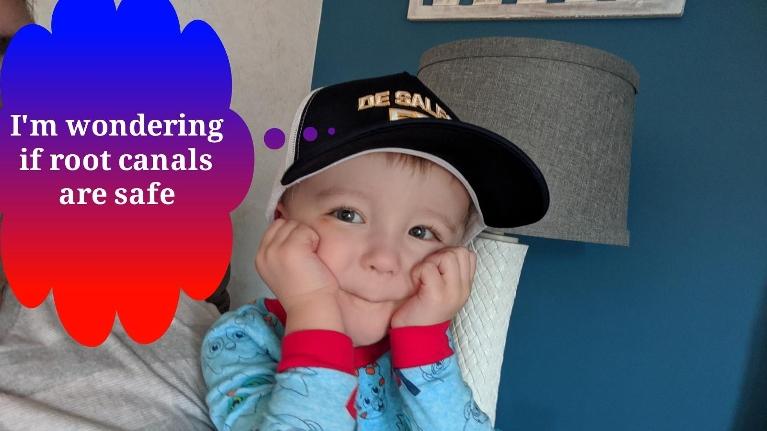 Over the last six months or so there has been a lot of buzz about a Netflix documentary called “Root Cause” that questions the safety of root canal therapy. Whenever publications come out that question the safety or efficacy of any treatments in dentistry, there is always a buzz that comes from it. With the popularity of Netflix, “ Root Cause” was on the tv screens of a lot of people worldwide. In this documentary, it basically says that root canal treatments cause most cancers as well as many other health issues.   Knowing that modern science says that this is not the case, I was very interested to see the film for myself so I could address questions as they were asked to me by patients.

I’m someone with a very open mind and am willing to consider all possibilities, so I went in and watched the film so I could make my own opinions on what it presented. I started keeping notes so I could research not only the information presented, but also the doctors and dentists that presented this information.  There had to be something about this documentary that had so many people talking about it.

So, let me say this first: This movie was very well put together and it really made me think as I watched it. They really did a good job putting it together to accomplish what they hoped to accomplish. I will come back to that later.   I could really see how people would begin to doubt the safety of root canal therapy, as well as other common dental treatments. That said, I also know more about the science, and what was being presented wasn’t always based in modern science.

I had planned on picking apart details and itemizing my thoughts on them, but to be honest, the issues I had with the film just mounting and mounting, and I was a bit overwhelmed and knew I couldn’t pick them all out.  There were just too many. So then I was going to pick out some of the biggest points I had issue with, and I started my research to support my side of the story.  As I was gathering info, I got word that the movie had been removed from the Netflix servers.  On January 29th, the ADA, AAE and AADR made a statement that states that continuing to air this film could HARM THE VIEWING PUBLIC by spreading misinformation about safe medical treatments like root canals. Netflix soon removed this film from its servers.  It was, and may still be, available from other online sources, however.  For more info on the removal of the movie, check here https://www.theguardian.com/media/2019/feb/27/netflix-root-cause-pulled-root-canals-cancer

So, since the film has already been addressed by the big dental organizations, I’m going to make some generalizations about the film.  It presented some real dental research by a Dr. Weston Price from the early 1900s which questioned the safety of root canal therapy.  This resulted in a lot of extracted teeth. By the 1930s this research was being questioned and recommendations to save teeth returned to dental practices.  Much more is known now, and the procedures are done quite differently. Would you want your doctor to treat you based on medical knowledge from today or 1900?  Even the methodology and gathering of statistics during research is so different today.  Data is much more scientifically analyzed before being presented.  For example, to say that 97% of people with cancer had root canals in a study may be true, but I would guess that at least that percentage also ate bread, or drank water. That doesn’t mean that eating bread or drinking water causes cancer.  Stating numbers by themselves can be very misleading as there is often absolutely no cause and effect relationship between what is being compared.  They also stated that heart disease and many other ailments were caused by dental infections. This is simply not true.  To view a link to a publication with more depth into these claims, click Here.  https://www.todaysrdh.com/root-cause-netflix-documentary-lets-review-the-science/

Moreover, the movie focused on “meridians” quite often. They stated that each tooth is connected to an individual organ or organs, and that dental problems caused problems with the associated organ.  The problem is that this meridian system is based on ancient oriental medicine and modern science does not find it to be factual.  Like I said, I’m open minded and will accept that there is always a possibility that there is some truth, but some of what is presented by ancient medicine doesn’t make any sense with what we currently know and can prove in medicine.  However, to be unbiased, there is always a possibility of some truth to aspects of old treatment modalities like ancient medicine. For example, you may wonder why does the ancient treatment of acupuncture work? For so long, it didn’t make sense, yet people get relief.  However, we now know about endorphin releases within the body and these needles may effectively turn on our body’s own pain controlling responses.  This was an example where ancient medicine and modern medicine have agreed to some extent. But when it comes to medical treatment, I still trust treatments that are supported by modern medicine.

They also threw out some terms in the movie that I had never heard of in dental school or any other educational source since. I have only heard these terms when I watched the movie. I wasn’t sure if these were terms used in other countries ( the movie was based out of Australia ) or just something made up. To the lay person watching, you can make things sound impressive with big professional sounding words.  Either way, the descriptions of what these words were didn’t go along with what we know, so I just dismissed them as more claims to scare the viewers.

I could keep going but I won’t.  Here are my main thoughts.  I encourage an open mind, but also use that mind to filter information.  We live in the United States. If there was any treatment as harmful as they state root canal treatment is according to this film, it would immediately be made illegal to perform.  Every other commercial on TV would be a law firm looking for clients to sue someone.  The US government is pretty strict on safety in medicine.  If it isn’t safe, it is banned.  The whole “conspiracy theory” in medicine that comes from anecdotal stories, or ugh.....celebrities giving medical advice...causes people to make medical decisions based on opinion or junk science rather than real science.  So based on these anecdotal stories as opposed to doctors’ recommendations, people are avoiding vaccinations and things like the measles have begun to have outbreaks in the USA.

Finally, building on what I’ve already said, always consider the source.  Entertainment sources are just that.  I don’t care if it is a movie like this one, a celebrity, a magazine or tv show.  Entertainment is for the purpose of sucking viewers in.  There are many “trusted” sources on tv and print that will present info with partial factual information because the story is more engaging if they only tell one part or one side of the story. In fact, the American Dental Association even had to sever ties with Dr Oz after his show presented dental information without telling the whole story or giving the ADA the opportunity to refute his information. For more information on this, click here.

“Root Cause” was a really well written and produced film that was more propaganda than science. I can really see how it got so much momentum after airing.  It was trying to get people to question their healthcare professionals that rely on solid scientific knowledge, and it does a great job of getting people to consider alternate medicine as it recommends finding a Dentist that practices “Holistic Dentistry.” Being open minded as I am, I’m not going to say that holistic medicine doesn’t have its place, but I still feel making medical decisions based on known and understood science is the better way to go in most cases.  Like I said, keep an open mind, but also use your mind to make the final decision.

View the ADA Accessibility Statement
Turn on ADA Views
Our office has moved! We are excited to welcome you to our new office location at 7400 West College Drive, Palos Heights, IL 60463.
Contact Us Today
Give Us A Call
Robert C. Clay, Jr., DDS, Ltd. - (708) 448-0273
Send Us an Email
Expanded Details View
This Patient's Experience
Loading Testimonial...
Loading Case...