Robert C. Clay, Jr., DDS, Ltd. > Blog > If you know anyone with Alzheimer’s Disease, you may want to share this new research with them.

If you know anyone with Alzheimer’s Disease, you may want to share this new research with them. 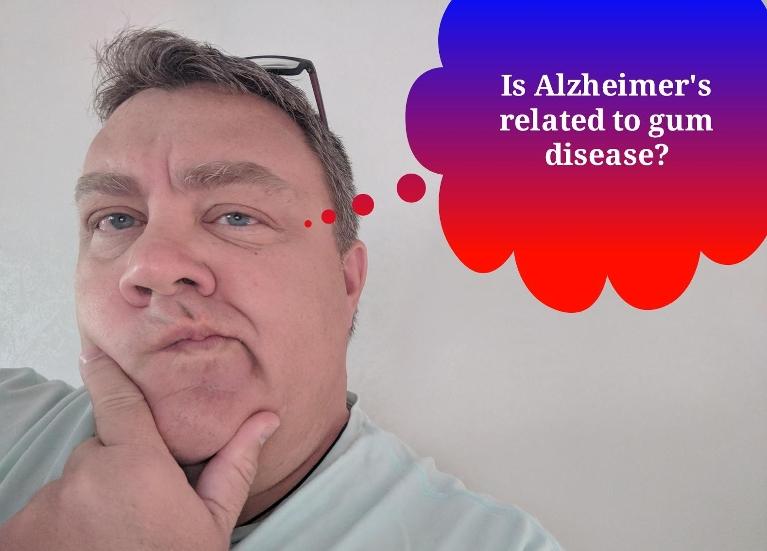 The Do you know anybody that has Alzheimer’s? If you do, this may be something to read and pass on to them.  Alzheimer’s is a progressive neurological disease that destroys memory as well as many other important neurological functions.  Scientist don’t yet fully understand the cause of the disease.  There seems to be a genetic component to the more rare early onset forms, but the classic Alzheimer’s in adults has been tougher to understand.

Our brains are an intricate web of nerves and each nerve serves a function. With Alzheimer’s, some of these nerves start to malfunction.   Just like any factory, or electrical grid, if one part isn’t working, it starts to effect the other parts.  Alzheimer’s slowly progresses and there is no cure.  There are some treatments and medication to help with the symptoms, but it is difficult to treat something so hard to understand.

I want to keep things easy to understand, so I will try to sum up what is known. In Alzheimer’s patients, they have found deposits, referred to as “plaques,” of a protein fragment called “beta-amyloid” built up in spaces between nerves, and they have found “tangles” which are twisted fibers of a protein called “tau.” The role of these two findings in Alzheimer’s patients is not known, but they are believed to play a role in the disruption of normal neurological function. This disruption in normal function is what results in the memory loss and other functions found with Alzheimer’s.

So why is this on a dentist’s blog? Well, a company called Cortexyme has been researching Alzheimer’s and they have found a bacteria called Porphyromonas gingivalis (I will call it Pg from here on) may play a big role in the progression of this disease. Pg is a bacteria found in gum disease....which is why the bacteria is named with gingivalis in the name.  The scientific name for gums is “ gingiva” and this bacteria plays a big role in gum disease.

Their research has found that in mice with an oral infection of Pg, they have a higher production of the amyloid-beta plaques in the brain. They also found some toxic proteins produced by Pg that are found in both the Tau tangles as well as the plaques of Alzheimer’s patients.

This knowledge has led them to develop some small molecular therapies to try to block these toxic proteins produced by Pg.  They have already gone through phase one testing with some positive results.  They found that the treatment called COR388 reduced the bacteria in an active Pg brain infection, blocked amyloid-beta production, reduced inflammation, and seemed to protect the nerves that break down in Alzheimer’s.  So this treatment may slow, or even stop the progression of the disease process. The medication was tolerated well by patients in their testing and they are planning on moving forward with the next phase of testing.

So, this brings me to yet another possible, and in this case there seems to be real concrete evidence, relationship between gum disease and other health problems.  Can the progression of Alzheimer's be slowed, halted, or the disease even prevented by doing a better job of controlling gum disease? Can doing a better job brushing and flossing play an even bigger role in overall health than we thought? And who knows, this research on Alzheimer’s may lead to better treatments for gum disease as well.  All I know is that now more than ever, we should start treating our oral health as something that can be life saving.

If you want more detail, below are two links to articles on the research.  The first is a summary article and the second is the actual research presentation.  I tried to sum it up as best I could in lay terms, but if you know someone that could benefit from this information, pass on a link to our blog here so they can be up to date on the latest research and hopefully benefit from its findings.